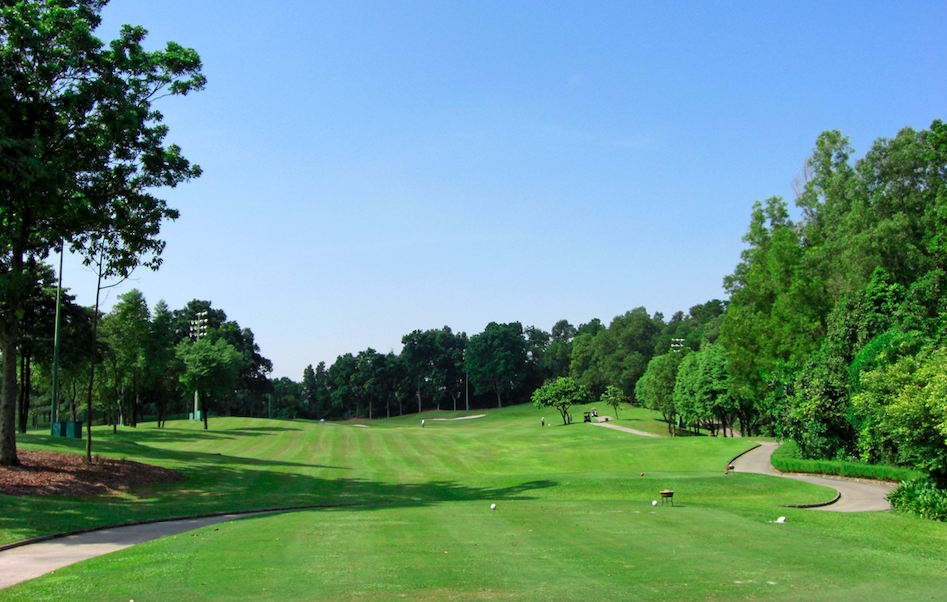 As much as a golf nerd like myself hates to admit it, there have been some dark moments for the game in the 21stcentury. There have been times where the energy around the sport felt stagnant, like the humid and still summer air before an impending storm.

I think back to the late-2000’s into the start of the 2010’s when the professional game, although sometimes buoyed by its two aging megastars in Tiger Woods and Phil Mickelson, was completely bereft of young, marketable and exciting talent. At the same time golf on TV felt stale, legions of courses were shutting their doors after far too many — and far too difficult courses — were built in previous eras. About 1.1 million golfers left the game in 2013. People were leaving in droves and there were days when few seemed to care.

I think back to countless headlines of how the game was officially dead. If you were to quickly search “millennials killing golf”, you will find a never-ending slog of articles from several years ago that claim there is no way out for such a traditional and stuffy game.

For most of my life as a 28-year-old PGA Professional who has played competitively, written about the game, taught people how to play or been glued to the TV for every second of my favorite tournaments, there have also been consistent warning sirens of how drastic measures need to be taken to make sure golf survives.

In short, golf has made a living playing defense.

Now, for maybe the only time I can remember, golf is playing offense.

The PGA Tour teed off this week in Hawaii with a majority of its stars, and while there will be few fans watching the action in person for at least the first handful of months to the year, the energy heading into 2021 is palpable. For one, the top spot in the world is up for grabs to a handful of players who are in the prime of their careers and have each won a lion’s share of significant events — Dustin Johnson, Jon Rahm, Justin Thomas, Rory McIlroy, Bryson DeChambeau, Xander Schauffele and Brooks Koepka are all deserving of being the best player in the world.

Johnson, a first-ballot Hall of Famer, has just won his second major and threatens to be an even more dominant force. Rahm is desperately searching for his first major and continues to fight the drama around whether he can manage his emotions in big moments. Thomas has flashed brilliance each year of his career and is on the precipice of a 5 or 6-win season where the golf world revolves around his swag. McIlroy is the one hoping to regain the glory of when he won four majors from 2011-2014.

DeChambeau is the shiny new toy who may do the unthinkable in becoming the first PGA Tour player to average over 330 yards per drive in a season, a goal he would easily crush if the year came to a close today. Schauffele is the wild card, a player with no weakness and the propensity for showing up time and time again when the spotlight is brightest. And then there is Koepka, a villain to some and  the “cool guy in a leather jacket with a cigarette” to others; is his run of brute force in the majors a thing of the past or have injuries simply caused a detour that is bound to subside now that his hip and knee are healed?

While all of these are exciting, I am particularly inspired by the next generation after them. Collin Morikawa has already won a PGA Championship, Matthew Wolff is coming off of a top-5 in the PGA Championship and U.S. Open, Viktor Hovland is a two-time PGA Tour winner and Sunjae Im seems to play (and contend) every week.

Golf is always better when its victors are young and energetic like these four players who are barely drinking age. And those standouts have plenty of company. Consider the stat below:

The youth movement is real, and it has a new generation of fans excited about the game. Golf on TV, while still a niche sport in comparison to giants like the NFL or NBA, has been a major success story throughout the pandemic. For example, the WGC-FedEx St. Jude Invitational, an event with a great field but certainly not at the level of the Masters or a U.S. Open, beat every NBA game it went up against in ratings at that time. And when ESPN took over the PGA Championship last year, the first round saw its best ratings in five years while the second round saw its best ratings in 10 years.

Of course the TV market will always revolve around Woods, and he will likely play about 10 events this year if he stays healthy. Anything golf receives from Tiger (and Mickelson, for that matter) at this point in his career should be considered gravy.

But the real reason for optimism as golf launches into 2021 goes far deeper than the thriving professional game. As we all know, the pandemic has brought the silver lining of additional family time, increased savings due to lack of travel and a desire for fresh air. While the entertainment and restaurant industries, to name just two, have been in freefall, golf has been an unlikely hero to many during this time, and the numbers are eye-popping.

I recently opened up this email from the National Golf Foundation, an organization that works tirelessly to track how the golf industry is performing:

“Rounds played in October came in 32% higher than last year, according to Golf Datatech’s latest report, raising the national year-to-date filgure to +10.8%. Several multi-course operators we checked in with recently told us that the surge in play continued in November, putting us on track for an annual increase of somewhere around 50 million rounds over 2019. Pretty amazing. Record setting? Not quite.

Can you guess the last (and only) time we had an increase bigger than that? It was Tiger’s breakout year – 1997 – when the number of rounds jumped up 63 million over the year before. Rarely has coming in second place felt so good.”

Not only were far more people heading out to play golf, but golf retail sales surged to levels we have never seen. As an example, overall sales this August were at $331 million — up 32 percent over the same month in 2019 and far greater than the previous record of $287 million back in 2006.

The pandemic is eventually going to come to a close and, as the saying goes, water will find its level. However, there have been millions of people introduced or re-introduced to the game since last March and I believe they will stick with the game even when masks have returned to closet drawers and social distancing is a remnant of the past.

That is where Graff comes in. We are a part of a revolution within the game — and I don’t use that word lightly — where golf is transitioning from the days when a scorecard and pencil were the only tools considered to enjoy the game.

Now we are in a time when practicing or playing a round no longer has to be a frustrating and vague endeavor with little understanding of why you performed the way you did. You can gain immediate feedback, served directly to your phone, whenever you want it. And when patterns emerge within your game, we are going to help you discover the most streamlined and effective ways to come out on the other side so you can enjoy this incredible game. Here at The Club, we are building a podcast, as well as Q&As and other columns, that delve into how to improve in the age of analytics by talking with the brightest minds in the game. Here you will find answers, interesting discussions on the latest trends and a new appreciation for how to golf smart.

As more people discover golf and the professional competition side of the equation hits a golden age, it doesn’t matter how good you are or how long you have played. The door is open and the possibilities are limitless.

To all of the above, I say this with unbridled enthusiasm: there has never been a better time to love this game.

Comparing the Best Golf Launch Monitors and Simulators in Golf

How Many Golf Clubs Are There?